We provide the following to our customers:

When drains are blocked and a plunger simply won’t do the trick, it can feel like a stressful situation. But luckily there’s Advanced Plumbing and Gas who are equipped with the right tools and machinery to unblock any drain in or around your home.

With prompt service, reasonable prices and available 24/7; we’re the most reliable Brisbane plumbers when it comes to tackling blockages.

Give Advanced Plumbing and Gas a call now.

The Right Tools For The Right Job

Our vans are fitted with specialised Blocked Drain equipment, such as the world-famous top-of-the-line Ridgid drain snake machine. We use the most powerful model they make – the Ridgid k1500. It has the horsepower to cut through the most difficult blockages – even tree roots! And with the Ridgid Seesnake camera, monitor, and locator… the cause of your blockage will be discovered and remedied in no time! With this machine, one man can easily clean the heaviest blockages – indoors or out. High-speed cleaning gets the job done faster and better.

Likewise, we use the video camera to locate the exact cause of your problem. This highly-advanced camera gives us a clear, finely-detailed picture of the condition of your pipes. This gives us valuable information so we can repair the problem without wasting time. It even gives us a detailed video report, and we can email you the entire recording.

Once we know what’s going on, we “spot dig” right where the problem is. We repair that location, and then install a new inspection opening to allow further viewing of your pipe work underground.

Another issue: In the past, drains were never filled with gravel around the pipe when trenches were dug. This makes the old pipe more likely to crack and move due to ground movement. But we always use gravel when we replace your drainage pipes. This prevents
future movement.

As a final resort, we use the ROOTX Treatment, which includes the ROOTX Cutting Head. It’s a formidable cutting head with the power to open up the tree root “spores.” Then we pour a special ROOTX chemical down the drain. It gets into the spores and quickly kills the existing tree roots This powerful chemical is so good, it’s guaranteed to PREVENT RE-GROWTH for 6 months!

Remember: Root intrusion left untreated can restrict flow, cause complete blockage and eventually destroy a sewer or septic system. The roots can even grow and spread throughout your entire drainage system! We’ve seen cases where the roots climbed up into all the small pipes. And then an entire replacement of the drainage system was required.

At Advanced Pluming and Gas, we love what we do! Solving plumbing problems before they become catastrophes – there’s no better feeling than that at the end of the day!

Give us a call today and find out why we’re known as Brisbane’s best service plumbers!

Other Causes Of Blocked Drains

We’ve already mentioned things like a build up of sanitary items, build up of grease/hair or food scraps/foreign objects – here are the most serious potential causes of clogged drains in your local area, and how Advanced Plumbing fixes the problem and gets you back to normal…

Incorrectly Installed Pipes: Does your subdivision have this problem? Many do. If pipes were laid incorrectly to begin with, years later the serious problems show up.

Ground Movement: Wherever the slightest shifting of the ground has occurred, your pipes could now be misaligned. This eventually causes blockages that can only be remedied by digging up the pipes and putting them back “in line” for clear water flow.

Corrosion: Old pipes corrode – slowly “closing up” inside! When very little water can get through, clogs are certain to plague you until the pipes are replaced.

Tree Root Infiltration: This is very common in Brisbane because of our natural environment. Tree roots are some of the most powerful forces on earth, and can wreak havoc if left unchecked. Just think what they’re doing to your pipes underground without you even knowing it!

Collapsed, Misaligned or Missing Pipes: Whatever the cause, sometimes the pipes underground take a beating. Collapsed pipes are very common in areas where nobody suspected or anticipated a problem. But once this happens, a dig-up must be done and the pipes must be replaced. Sometimes, it’s as simple as a small section of pipe. Misaligned – or even missing pipe – will always cause plumbing problems until they’re replaced.

Ageing Pipes: Old earthenware pipes and drains used rubber O-rings on every joint. Those have a lifespan of 10-15 years MAX and then rapidly deteriorate with age, allowing root infiltration. Once that happens, replacing the line is the only option.

All work is fully guaranteed and ensure you’re 100% satisfied

We offer emergency services and can help seven days a week, 24 hours a day

We turn up on time and we’ll even give you a courtesy call to tell you we are on our way.

We work with all major brands and gas products 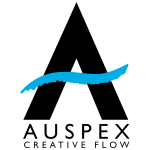 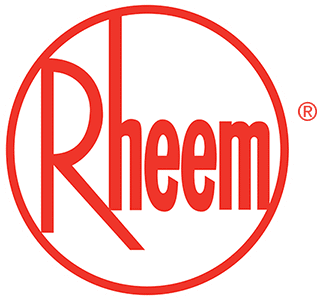 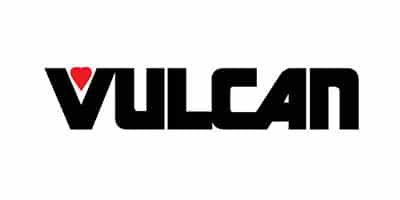 What Our Customers Say

I was relieved to get same day service for a leaking tap – and the thorough attention to other aspects which I wasn’t aware of – updating general wear ans tear e.g water pressure tests, valves replacement. Very agreeable experience and all transactions up front and transparent.

Called on Monday and got the job done on Tuesday morning. Tom did a great job replacing the sink tap costing $784. I was happy with the work done. I would recommend him in future.

No problems with instruction.

All three jobs were performed and left in excellent condition.

I had Tom over to fix the plumbing at our house. I found it very efficient and knowledgeable. The cost was competitive, and the job done well.

Service and workmanship were of a very high standard. The tradesman

all aspects of plumbing.

I was very satisfied with the result and have no hesitation in recommending this company for reliability and service.

Tom did a fantastic job installing our cook top unit, and he overcame a few obstacles to get there. Well done!

Advanced Plumbing & Gas to the rescue!

When you call, our experts arrive promptly at your home or business – fully-equipped to solve the problem right away.

We work quickly to diagnose what’s causing the blockage. After all, choosing the right solution depends on the cause of the problem. With decades of experience under our belt, we can efficiently tackle your job.

And we have all the right equipment, too!

Our vans are fitted with specialised Blocked Drain equipment, such as the world-famous top-of-the-line Ridgid drain snake machine. We use the most powerful model they make – the Ridgid k1500. It has the horsepower to cut through the most difficult blockages – even tree roots! And with the Ridgid Seesnake camera, monitor, and locator… the cause of your blockage will be discovered and remedied in no time!

FOR IMMEDIATE RESPONSE CALL US NOW